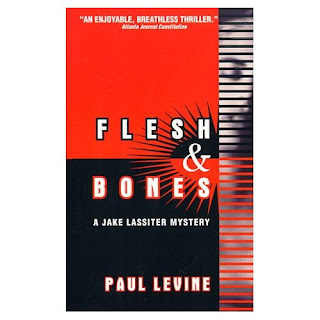 
"I was sitting at the end of the bar sipping single-malt Scotch - eighteen-year-old Glenmorangie at nine bucks a shot - when I spotted the tall blond woman with the large green eyes and the small gray gun." The next thing linebacker-turned-lawyer Jake Lassiter knows, the woman pumps three bullets into the man on the next barstool, then collapses into Jake's arms. The woman is the stunning model Chrissy Bernhardt, and the dead man is her millionaire father. Lassiter agrees to defend Chrissy and is soon enmeshed in a world of lies, deceit, and psychological riddles. Under hypnosis, Chrissy claims to remember being sexually abused by her father, but Lassiter suspects that the "recovered memories" were either implanted by a shady psychiatrist or fabricated by Chrissy herself. Lassiter digs deeper and finds a troubling connection between the psychiatrist and the greedy developer Guy Bernhardt, who steals other landowners' water and stands to gain if Chrissy, his half sister, is convicted of murder.


As a mystery fan, the blurb of this book immediately caught my attention and I’m glad I got to read it.


This is the seventh book in the Jake Lassiter series but you don’t need to read the previous books to understand this one.


The book starts with Jake relaxing in a bar after a day at work. Everything is okay and calm until Chrissy Bernhardt walks in and shoots the man sitting beside Jake. Jake is intrigued and becomes Chrissy’s lawyer. As he studies her case and investigates her past more and more questions arise, complicating her case even more.


Jake needs to find out if Chrissy really is just a victim as she says she is or if she is just a killer. The problem is, he starts to fall in love with her.


I was pleasantly surprised by this book and its plot. There are several plot twists that I really enjoyed and surprised me.


I didn’t like Chrissy as much as I liked Jake. She seemed just a little too spoiled to me but she’s, obviously, an important character.


All in all Flesh and Bones is an interesting book. Paul Levine was able to create an engaging and complex book.


The book was able to keep me entertained until the end. I think any mystery fan will enjoy this book.

I received this book from Tracee at Pump Up Your Book and Paul Levine in exchange of an honest review. Thank you!