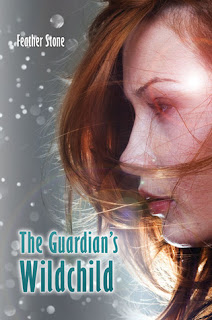 Summary:
Caught in a reckless attempt to stop Dark forces, Sidney Davenport, a young, rule breaking, spirited member of the secret paranormal community of Guardians, finds herself imprisoned on a naval ship and slated for execution. Her struggle with the unfamiliar emotions of fear and anger becomes even more complicated when she can no longer fight her attraction to the very man who has orders to perform her execution.
Captain Sam Waterhouse, a meticulous naval captain who’s suspected of treason, teeters on a precipice between Darkness and Light. When he receives an unusual prisoner, a paranormal journey begins to unravel his disciplined life. All the while, humanity is unknowingly at great risk when two Dark forces team up to acquire control of an elusive power. Sidney and Sam attempt to quiet their powerful feelings for each other, only to discover they can save each other, and in doing so, they might even save the world.
Review:
I received this book from the author in exchange of an honest review.
Sidney Davenport is captured aboard a naval ship and is put under the guard of Captain Sam Waterhouse. Her past is a big mystery as well as the reason she is on the ship and her mission, which frustrates Sam who is in charge of her interrogation.
As strange things start to happen in the ship some of Sidney’s powers are revealed. She’s part of a secret community of guardians who have several abilities and is obvious Sam doesn’t trust her…
Sidney is definitely one strong and though heroine. She has special abilities and is able to keep her strength even in the most difficult moments.
Sam is though too and even though it took me a while to warm up to him, I ended up really liking him and realizing he could be quite compassionate.
Both characters change a lot during the book, especially when they are hit by several epiphanies. I really liked the evolution of their relationship and thought the romantic moments between them were very sweet and cute.
I enjoyed reading about how Sam tried to keep his distance from his prisoner while Sidney tried to fight and deny her feelings for the man who was keeping her captured.
All in all, this book is well-written and fast paced. It’s interesting reading about characters that fight to bring back the most important and beautiful part of being human.
I think any YA and paranormal fan will be able to enjoy this book.


Rating: Worth Your Time  (4 Stars)
Goodreads