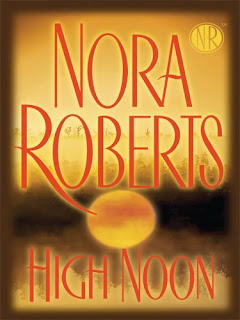 Summary:
Police Lieutenant Phoebe MacNamara found her calling at an early age when an unstable man broke into her family's home, trapping and terrorizing them for hours. Now she's Savannah's top hostage negotiator, defusing powderkeg situations with a talent for knowing when to give in-andwhen to jump in and take action. It's satisfying work-and sometimes those skills come in handy at home dealing with her agoraphobic mother, still traumatized by the break-in after all these years, and her precocious seven-year-old, Carly.
It's exactly that heady combination of steely courage and sensitivity that first attracts Duncan Swift to Phoebe. After observing her coax one of his employees down from a roof ledge, he is committed to keeping this intriguing, take-charge woman in his life. She's used to working solo, but Phoebe's discovering that no amount of negotiation can keep Duncan at arm's length.
And when she's grabbed by a man who throws a hood over her head and brutally assaults her-in her own precinct house-Phoebe can't help but be deeply shaken. Then threatening messages show up on her doorstep, and she's not just alarmed but frustrated. How do you go face-to-face with an opponent who refuses to look you in the eye?
Now, with Duncan backing her up every step of the way, she must establish contact with the faceless tormentor who is determined to make her a hostage to fear . . . before she becomes the final showdown.(goodreads.com)
Review:
I’m a big Nora Robert’s fan and even though I thought this book was pretty good, it’s not her best work.
Phoebe MacNamara is a police negotiator, a mum to a seven year old girl and daughter of and agoraphobic mother. She loves her job and it’s while talking down a man threatening to commit suicide that she meets Duncan, a man determined to seduce her. Phoebe’s already difficult life suddenly complicates when she becomes the victim of a sexual harassment and the target of a stalker who wants to destroy her.
The characters are definitely the best part of this book. Phoebe’s an intelligent, strong and determined woman who knows what she wants and what is expected of her and it’s nice to see her try to balance her sucessful and demanding career and her family.
Duncan is attracted to Phoebe from the first time he saw her and, being a take charge man who knows what he wants, decides to pursue and seduce her. Duncan is an optimist, a laid back but also extremely intelligent and determined man. Phoebe needed a man like Duncan to balance her and her tendency to be a pessimist. Their chemistry was natural and developed nicely throughout the book.
The secondary characters were also great, especially Ma Bee and Phoebe’s daughter, Carly.
I enjoyed the plot of this book as well, even though there were some loose ends. I would have liked to see a little more of some characters and have the change to find out what happened to them.
There are some good twists in the story, even though the climax only happens in the last chapter. I think that was my main issue with the book. All the important dialogue, action and suspense were crammed into the last chapter and when that chapter ended I was left wondering exactly what had happened to most of the characters.
All in all I enjoyed reading this book. Nora Roberts is always able to create a story that keeps me interested. I love the way she makes the characters come together and how the banter between them is so well written.
As all of her other books this one is well written and well researched. The only fault in it for me was the ending that didn’t satisfy me.
Rating: Somewhere between Readable and Well Worth Your time (3 ½  stars)
Posted by Carla at 12:16 PM