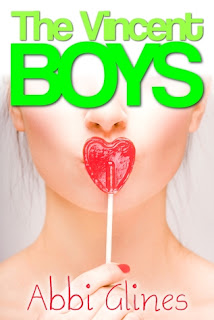 Summary:
Being the good girl isn’t all it’s cracked up to be. Ashton Gray has grown weary of playing the part to please her parents, and to be worthy of the town’s prince charming, Sawyer Vincent. Maybe That’s why she’s found herself spending time with Sawyer’s cousin, Beau, while he’s away for the summer camping with his family. Beau is nothing like her perfect boyfriend. He’s the sexiest guy she’s ever seen, dangerous in ways she’s only day dreamed about, and the one guy she should stay away from.
Beau never envied Sawyer his loving parents, his big nice home, or his position as quarterback. He loves him like a brother. Which is why he's tried everything in his power to keep his distance from Sawyer’s girlfriend. Even if he has loved her since the age of five, Ashton is Sawyer’s girl, so therefore she’s off limits. But when Sawyer leaves for the summer, Ashton, the one girl Beau would move Heaven and Earth for, decides she wants to get into trouble. Stabbing the one person who’s always accepted him and stood by him in the back, is the cost of finally holding Ashton Gray in his arms. Is she worth losing his cousin over?.... Hell Yeah.
Review:
I read about this book on a blog and just had to get my hands on it! It seemed really interesting and I ended up enjoying it immensely.
Ashton, Sawyer and Beau were best friend while growing up. Ashton and Beau were the trouble makers while Sawyer always bailed them out of the situations they got themselves into.
The three of them were inseparable until Sawyer and Ashton start dating and she changes drastically in order to please Sawyer and her father, who is a preacher.
Beau and Ashton grow apart even though he still likes her even though she changed so much she sometimes doesn’t recognize herself. He sees the real her and loves her from afar.
I’ll go ahead and confess I love a bad boy so, of course, I really liked Beau. He’s a mischievous bad boy but he can also be very passionate and sweet. He was never a jerk to Ashton. He simply wanted to help her learn to be who she really was.
I also liked Ashton, and Sawyer as well. They were good characters and I enjoyed reading about how worried Ashton was her feeling would create a wedge between Sawyer and Beau. She was quite selfless and willing to give up both boys in order for their sake. That not always happens in books with love triangles.
Besides the characters, another thing I really liked in this book was the romance between Beau and Ashton. It was definitely intense and scorching hot! Plus, the fact the book is divided in both their points of view makes it easier for the readers to understand what the characters are feeling.
All in all, I really enjoyed The Vincent Boys. This is a well written book with an interesting story and good characters.
The book was able to keep me entertained right until the end and I would definitely recommend it to fans of the genre.
Rating: Somewhere between Worth Your Time and Must Read (4 ½ Stars)
Goodreads
Posted by Carla at 3:31 PM

Email ThisBlogThis!Share to TwitterShare to FacebookShare to Pinterest
Labels: Abbi Glines, book review, genre: young adult, rating: somewhere between well worth your time and must read