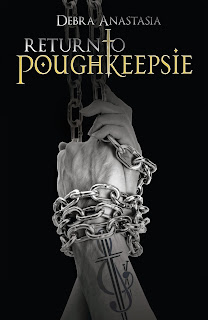 Beckett Taylor is a murderer. His calling, his craft are destruction and intimidation—whether he wants it that way now or not. He left Poughkeepsie to keep his brothers safe, to keep Eve safe. Set up with happy lives to live, they’re better off without him, right?

But all his willpower crumbles when he hears his brother Blake’s frantic voice on the phone. An unknown enemy has moved in on his old territory, and Livia’s been taken. In an instant, Beckett knows it will take an attack only he and Eve can execute to bring her back. All his self-imposed embargoes are torn to shreds, perhaps along with the new man he’s struggled to become.

“Brother, call Eve. I’ll be there soon.”
In this emotional and action-packed sequel to Poughkeepsie, Debra Anastasia conjures a tale of love at its most raw and ragged. With Beckett and Eve, how could we expect anything less? But even when it’s messy, not magical, true love perseveres. Real love finds a way—for better or for worse until death does part.

Debra Anastasia is busy, just like every other mom. There's dinner, the dogs, the two kids, the two kids, and her ongoing battle with...ahem... digestive issues, which combined with her adolescent boy sense of humor makes for colorful and sometimes cringe-worthy social media updates. Her first love and crowning achievement is her thriving career as the weirdest mom on the block.

Her writing started a decent handful of years ago when--along with the animals and humans in her house--the voices of characters started whispering stories in Debra's ear. Insomnia was the gateway to plots that wouldn't give up, wouldn't let go. Now they stalk her everywhere. Halfway through making lunches, a twist takes hold and--fingers full of peanut butter--she finds somewhere, anywhere to write it down.
She's eternally grateful to Omnific Publishing, which has now published four of her books: two in the Seraphim Series and two in the Poughkeepsie Brotherhood Series, as well as her novella, Late Night with Andres. That one is special because 100% of the proceeds go to breast cancer research. (So go get it right now, please!) She also very much appreciates her open-minded readers, who embrace everything she has to offer, with a focus on anti-heroes and bathroom humor.
Debra lives in Maryland with her family. You can find her at DebraAnastasia.com and on Twitter @Debra_Anastasia. But be prepared.

a Rafflecopter giveaway
Posted by Carla at 2:30 PM 1 comment:

Book Excerpt - Love Me Not by Reese Ryan 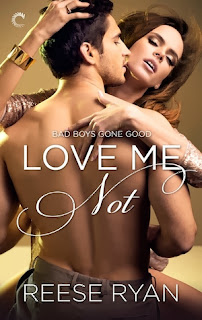 Title: Love Me Not

Abandoned by a mother who chose drugs over her, Jamie Charles barely got out of her own addiction alive. Now, she pours her pain into her art while pouring drinks at a local bar. To Jamie, love is a four-letter word—until she meets Miles, a charming ad exec with piercing blue eyes who makes no secret about his desire for her.

Miles Copeland has family demons of his own, but his unhappy upbringing drove him toward hard work and success. He's determined to win Jamie over, and when he finally does, it's worth every moment he spent waiting. But when he confesses that he's falling for her, she panics. Sex is one thing, but love requires more than she can give.

Jamie can't deny her feelings, but she's haunted by her past. Miles knows his heart, but Jamie's lingering doubts have him questioning their future. It might take the threat of losing him forever for her to realize that refusing to let love in is the worst mistake of all. 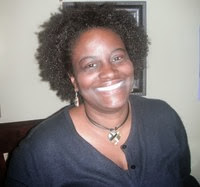 Reese Ryan writes sexy, contemporary romance featuring a multicultural cast of flawed, but lovable characters. She secretly enjoys torturing her heroines with family and career drama, reformed bad boys, revealed secrets, and the occasional identity crisis, but always rewards them with supportive girlfriends and a happily ever after.

An avid reader, Reese's to-be-read stack resembles a small skyscraper. She adores brilliant singer/songwriters, and has an incurable addiction to musicals and movie soundtracks. She is a lifelong Midwesterner currently residing in Central North Carolina with her husband and young adult son who tolerate her propensity to sing and dance badly.