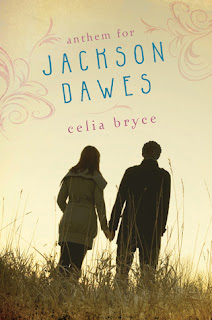 Summary:
Megan Bright and Jackson Dawes are two teenagers who first meet each other on the hospital ward where they are both being treated for cancer. Megan is scared and worried about her illness, but Jackson seems to be an old hand, having been on the ward for ages. And everybody loves Jackson! He is a whirlwind of life and energy, warmth and sparkle. Megan will need to borrow some of Jackson's extraordinary optimism to face her and Jackson's future
Review:
I have received this book in exchange of an honest review.
The plot of Anthem for Jackson Dawes seemed very interesting so I was happy to read the book. The summary of the book pretty much explains what happens.
When Megan discovers she’s sick she is forced to move to the hospital in order to get her treatments. She’s not happy about that, especially not when she finds out the ward she’s in is the baby ward. She’s angry but when Jackson literally bumps against her she realizes she’s not the only teenager in the ward.
Megan is the main character. She has just been diagnosed and although she’s not always pleasant it’s easy to understand why. She’s angry and confused, after all. She’s very much a teenager and even if I had a hard time connecting to her I think her point of view provides a good insight on what a teenager who just discovered she’s sick goes through.
Jackson is definitely the best character in this book. He’s friendly, optimistic, fun and happy despite everything. He’s mischievous and causes trouble in the ward but everyone, especially the little kids, love him and his stories.
The other characters that show up in the book aren’t important in their own way but I think they could have been a little more developed.
I also expected a little more romance but I guess this book is about the problems and obstacles these teenagers are facing.
Plot wise, I felt like the story jumped from scene to scene a little too quickly but it still manages to be very emotional and interesting.
Anthem for Jackson Dawes is, as a said and emotional read. It is also fast paced and although I thought the plot could be a little bit more developed the story still kept me entertained. I thought the glimpse we get of the people who work and spend their time in a hospital very interesting.
All in all, Anthem for Jackson Dawes is and interesting and emotional read that will tug at the heart.