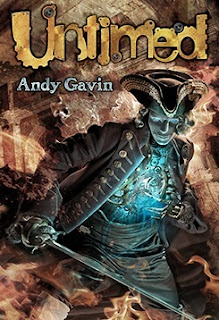 Summary:
Charlie’s the kind of boy that no one notices. Hell, even his own mother can’t remember his name. And girls? The invisible man gets more dates.
As if that weren’t enough, when a mysterious clockwork man tries to kill him in modern day Philadelphia, and they tumble through a hole into 1725 London, Charlie realizes even the laws of time don’t take him seriously.
Still, this isn’t all bad. In fact, there’s this girl, another time traveler, who not only remembers his name, but might even like him! Unfortunately, Yvaine carries more than her share of baggage: like a baby boy and at least two ex-boyfriends! One’s famous, the other’s murderous, and Charlie doesn’t know who is the bigger problem.
When one kills the other — and the other is nineteen year-old Ben Franklin — things get really crazy. Can their relationship survive? Can the future? Charlie and Yvaine are time travelers, they can fix this — theoretically — but the rules are complicated and the stakes are history as we know it.
And there's one more wrinkle: he can only travel into the past, and she can only travel into the future
Review:
I have received this book from the author in exchange of an honest review.
Charlie feels like he is invisible but when a clockworkman tries to kill him and take him back in time to 1725, his whole life changes. Maybe he won’t feel so invisible anymore, not when there’s a girl who
I liked the characters in this book, especially the main character. Charlie’s likeable and believable. He’s smart and as normal as a teenager could be.
The other characters in the book are well-written and well-developed as well. Plus, most of them had something to bring to the story.
When it comes to the plot, I quite enjoyed it. It is well thought-out and imaginative. There’s action and a little bit of mystery. I also really enjoyed the mix between modern day Philadelphia and 1700’s London
The story is fast paced and interesting and was able to keep me entertained.
All in all Untimed is a well-written and interesting book. The main character is believable, the action interesting and the world created imaginative and well-constructed. I also really enjoyed the mix between.
I you like a well-written, time-travel related book, I think you’ll be able to enjoy this one.