Interview with Chelsea Fine about The Archers of Avalon Series 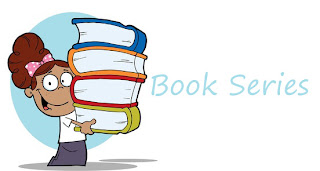 Interview with Chelsea Fine about The Archers of Avalon Series

Chelsea Fine was kind enough to answer a few of my questions about The Archers of Avalon Series.
I hope you enjoy this interview and Chelsea's wonderful answers.


1 – What inspired you to write The Archers of Avalon series?
My sister and I had a conversation a few years ago about tragic love triangles—especially those that involve two brothers—and I was like, “Hey! Maybe I’ll write a story about two brothers who, despite their best efforts, end up loving the same girl. Would that be a good story?” My sister laughed at me, took a bite of ice cream (because we always eat ice cream together), and said, “Only if the brothers are hot.” I smiled, took a bite of my own ice cream, and said, “Of course.” A year later, I published Anew (book 1) in my AoA series.

2 – The series deals with resurrection and immortality. Have those themes always interested you?
No. Is that the wrong answer? Haha. *sigh* I know it sounds lame, but I had never really read about resurrection or immortality prior to writing my Archers of Avalon series. When I was originally developing the concept for Anew, I planned to set the entire story in the 1500s. (You know, make a renaissance-period love triangle between two brothers who happened to be expert archers.) But my sister encouraged me to write a modern-day tale (because that’s what she likes) and I was torn. What to do, what to do.
My solution? Make my protagonist die and keep coming back to life. At first, I wasn’t sure I would enjoy writing a story that was both historical and modern, but now…NOW I absolutely love it! I get to write things like, “The castle was foreign and cold, and she was already weary of playing countess.” But I also get to write things like, “O-M-G.” Haha. It’s awesome.

3- Can you tell us something we might not know about the series or the characters?
I wrote both Anew and Awry while listening to Florence+The Machine (my muse). Is that not interesting? Hmmm….
Oh! Also, every character in my series was originally written with a different name—except Tristan. Tristan’s name was always set in stone. But Scarlet was originally Clare. Nate was originally Tybalt. And Gabriel…well, I wrote most of Anew referring to Gabriel as “Brother 2”. Seriously. Haha. I’m lame.

4 – Who would you say is the hardest character, from the series, to write about? Why?
It used to be Gabriel. I used to really struggle with writing from his perspective and making him three dimensional and purposeful. But now he’s one of my favorite characters to write.
Nowadays, I find it difficult to write Raven. I really, really, want to make her crazy—like truly insane. But at the same time, I want to keep her relative and personable. *sigh* Such a dilemma. Whatever will I do? *smiles and winks*

5 – This is totally an unfair question but are you Team Gabriel or Team Tristan? (I’m definitely Team Tristan. :D)
Haha. I know I should be unbiased here but.... (I’m totally Team Tristan). Isn’t that terrible? Haha. I’m in love with my own character. Seriously. When I write from Tristan’s perspective, I don’t even have to think. My fingers just fly across the keyboard. I know him, I understand him, I LOVE him. Sorry, Gabriel. L

6 – I really do like Scarlet and think she’s a great main character. In your opinion what makes a great book heroine?
Strength! My goodness. I cringe when heroine are clumsy or emotional. I like a main character that embraces their weaknesses, believes in who they are, and manages to walk from one point to another without falling over. J

7 – When will the next book in the series be published? Can you let us know something about it? J
The third book in my Archers of Avalon series (Avow) comes out this December! J Here’s a short list of what you can expect from Avow:

8 – Is there something else you would like your readers to know about you and the Archers of Avalon series?
I love my readers! Seriously, guys. I freakin’ LOVE hearing from readers and emailing them and tweeting them and….
*shifts eyes around and closes mouth* Do I sound crazy here? Haha. I swear I’m not. Okay, fine. I am. Whatever. I still LOVE my readers!! So…yeah. Don’t be shy!