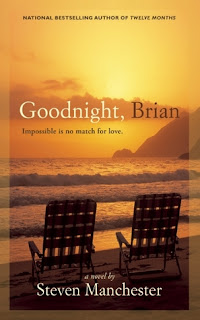 Summary:
Fate was working against little Brian Mauretti. The food that was meant to nourish him was poisoning him instead, and the doctors said the damage was devastating and absolute. Fate had written off Brian. But fate didn’t count on a woman as determined as Brian’s grandmother, Angela DiMartino - who everyone knew as Mama. Loving her grandson with everything she had, Mama endeavored to battle fate. Fate had no idea what it was in for.
Review:
I have received this book from the author in exchange of an honest review and after having read Twelve Months I was curious.
Brian was a healthy baby boy but when his pediatrician decided to change him to a new formula, something went terribly wrong. According to the doctors the damage created was irreversible. Brian’s grandmother doesn’t believe that and she is determined not to lose hope.
Brian is not the main character in this book, in my opinion. Mama is and she’s a very interesting character. She’s Brian’s grandmother and she’s a very determined and strong woman. She never gives up, which I love.
All the other characters are interesting as well and are important to the story but Goodnight Brian really is Mama’s show.
I enjoyed the way the author described the settings and how he managed to create an emotional and compelling story.
All in all Goodnight, Brian is an interesting story about faith and not giving up. The characters are well written and the story is thought-provoking.
I don’t really enjoy books that are about religion but I actually didn’t mind this one so if you like this kind of books you should give it a try.