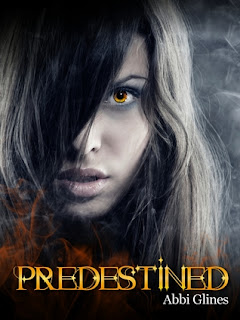 Summary:
You would think after helping save her boyfriend from an eternity in Hell that things would go back to normal. Well, as normal as life can be when you can see souls and your boyfriend is Death. But for Pagan Moore, things are just getting weirder.
The high school quarterback and reigning heartthrob, Leif Montgomery, is missing. While the town is in a frenzy of worry, Pagan is a nervous wreck for other reasons. Apparently good ‘ol Leif isn’t your average teenage boy. He isn’t even human. According to Death, Leif doesn’t have a soul. The quarterback may have skipped town but he’s still showing up in Pagan’s dreams... uninvited.
Dank has known from the beginning Leif wasn’t human. But he hadn’t worried about a simple soulless creature. Now, he realizes he made a grave mistake. Pagan’s soul has been marked since birth as a restitution, to a spirit so dark not even Death walks near it. Dank knows saving Pagan’s soul won’t be easy but Pagan is his. And he’s already proven he’ll defy Heaven to keep her. If Hell wants a piece of him too, then bring it on
Review:
Since I read Existence- the first book in the series - I couldn’t wait to read this book. Predestined did not disappoint me. This is a great story filled with suspense, paranormal elements and romance.
Predestined begins right after the events of Existence. Pagan and Dank are together and Leif is missing, which worries Pagan a lot especially because people seem to be forgetting all about it. It’s almost like he never existed.
Just when Pagan and Dank think all the danger is behind them, Pagan starts having dreams that are actually lost memories and hearing a voice tell her it’s almost time. Pagan’s soul might love Dank but it seems like a dark spirit has a claim over it. Will Dank be able to keep Pagan safe and with him or is this dark spirit impossible to control?
All those characters we came to know in Existence are back in this book and I think Pagan has definitely grown a bit. She’s stronger, more confident and self-reliant in this book. She has to make some difficult decisions but she does remain strong even though those decision lead to heartbreak for her. I already liked Pagan and thought she was a great main character but Predestined made me like her even more.
When it comes to Dank I don’t think I can like him more, really! In this book his protective and maybe even a little possessive (he hasn’t really learned how to deal with his jealously yet but I’m sure he’ll get there). He’s willing to do anything to keep Pagan safe and happy. He loves her and he’s not afraid to show it and it’s obvious that, by falling in love with Pagan, he has opened himself to feelings he had never experienced before. Those feelings make his job as Death a little more difficult to fulfill but he’s grateful for them and that only makes him an even better character. Dank really is swoon-worthy!
There are some steamy scenes between Dank and Pagan that are just great. I think they are a wonderful couple.
Now, Leif… I still I think he’s definitely a very complex character that’s battling several conflicting emotions. I really liked him in Existence and I still like him in this book and I couldn’t help but feel sorry for. I can’t wait for his story so I can learn a little bit more about him.
All the secondary characters like Gee brought a lot to this book as well.
The paranormal world Abbi Glines created in this book is very interesting and dark.  There’s a lot of suspense and a few twists I was not expecting in this book. It is well-written and the story was definitely able to keep me intrigued and entertained.
The way this book ends has me wanting the next one to be published as soon as possible! I can’t wait to see what will happen between Pagan and Dank!
All in all this is a great Young Adult and paranormal book with interesting characters and an exciting plot. I think this book will definitely be able to please fans of the genre- There’s romance, friendship, suspense, mystery and more!
Rating: Somewhere Between Worth Your Time and Must Read (4 ½ Stars)
Goodreads
Posted by Carla at 8:55 PM