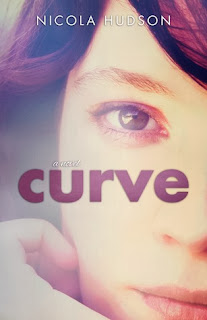 A New Adult novel suitable for readers aged 15+, due to strong language, sensitive themes and sexual content.
Cass is seventeen and never been kissed, let alone touched, when two boys become interested in her. Flynn is the older brother of her best friend, yet Cass has never considered him as anything other than that. Rob is the school sports star and becomes obsessed with Cass when he loses a bet because of her. As the relationship between Cass and Flynn develops, Rob's interest becomes increasingly malevolent. One night changes Cass's life and threatens to destroy her relationship with Flynn, as well as her future.

After dropping down to plant a soft kiss on my forehead, he sat back on his knees. “I can’t take any more tonight, Cass.”  As much as I wanted to continue, I didn’t want to push him: partly out of fear, as this was so much further than I had expected to be three days into a relationship; partly because I knew how embarrassingly close I was to completely letting go at that moment.
“OK. I guess I’ll go to bed then.” I tried not to sound too disappointed.
“Cass, I want to carry on more than anything right now but we would end up regretting it.  Trust me, you, and that, is all I’m going to be thinking about for hours.”
“OK.”
“Don’t just say OK.  Tell me what you’re thinking.”
“Why? I agree.  We should stop.”  I think frustration was making me stroppy.
“Really?  Because stopping then took every ounce of self-control I have and, if you had done the same to me, I would be doing whatever it took to change your mind.”  Maybe it was frustration that was pushing Flynn as well.
“What do you want me to say, Flynn?  That I am so turned on right now I am struggling to even string a sentence together?  That, even though we probably would regret it, I don’t want to stop?  That there is no way I’m going to be able to sleep in your bed tonight without replaying every second of that?  I’ve never so much as kissed a boy before and you have got me ready to give you everything so quickly – it’s scary how much I want you.  So sorry if it’s not the response you were after.  I’m doing the best I can.”  Although we were talking in whispers, there was an angry edge to my voice.
“You’re amazing.  And that’s so what I needed to hear.  I haven’t felt like this before either and I need to know that you feel the same.  I don’t want to push you but I don’t want to be the one making all of the decisions either.” He took my face in his hands and kissed me.  “And, yes I’ve changed the sheets, but you should know that I lay in that bed last night thinking of you…”  The raised eyebrow that accompanied this remark was an obvious sign that he expected me to respond in disgust.
“Yeah, well that will probably be me tonight so, if I were you, I’d make sure to change them again tomorrow!”  I returned the eyebrow raise, blew him a kiss and left him laughing.
“’Night, Cass.”
Night, Flynn.

About the Author:
I am a new British writer.
Obviously, I love reading and reading about reading. My taste goes from Shakespeare to John Green...and much of what lies between! Dickens, check. Austen, check. Atwood, check.
Over Christmas 2012, I discovered the joy of new adult fiction and, inspired by Colleen Hoover and Tammara Webber, I decided to try my hand at writing my own NA novel.
I love the friendliness of the Indie writer community and have been overwhelmed by the support of followers interested in my journey. Please feel free to monitor my publishing progress via my Facebook page :-)